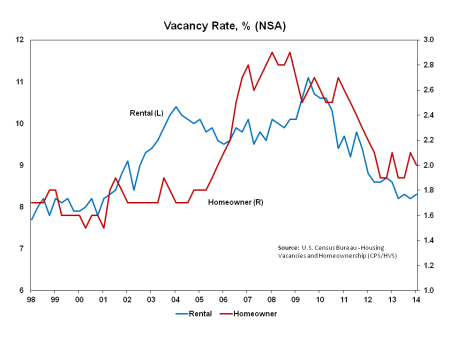 The seasonally adjusted homeownership rate, according to Census data, was 65.0% during the first quarter of 2014, down slightly from the prior quarter and one year ago. The homeownership rate remains below the historical 20-year average of 66.9%.

The homeownership rate not adjusted for seasonality was 64.8% during the first quarter of 2014. The unadjusted rate is down from last quarter (40 basis points) and from one year ago (20 basis points). 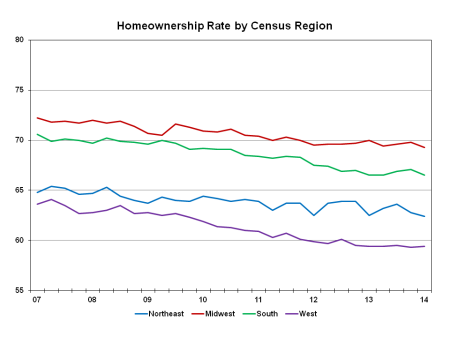 ‹ Rates on New Home Loans Back Up Over 4%
House Prices Continue to Climb, Led by the West ›