Data from Standard and Poor’s indicates that house prices rose in December 2013. According to the release, the seasonally adjusted S&P/Case-Shiller HPI – 20 City Composite rose by 0.8% in December 2013. This is the 23rd consecutive month-over-month increase for the Index. Over this time period, the Index has risen by 21.7%. For the entire year of 2013, the 20 City Composite Index grew by 13.4%. 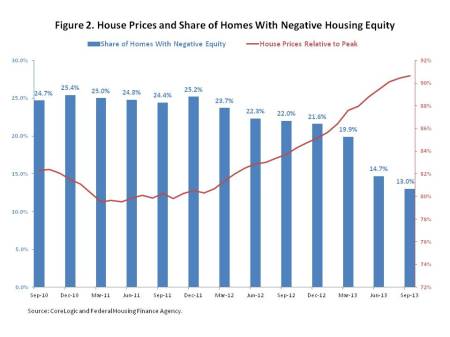 For full histories of the composites and 20 markets included in the Case-Shiller composites, click here cs.

‹ Why Are New Homes Getting So Big? Look At Who’s Buying Them
Existing Sales Tumble ›