In September, consumer prices rose by 0.2% on a seasonally adjusted month-over-month basis according to data released by the Bureau of Labor Statistics (BLS). Over the past twelve months, prices on expenditures made by urban consumers increased 1.2% before seasonal adjustments.

Data collection for the estimates occurred prior to the government shutdown; however the release of data was delayed by two weeks. Next month’s release has also been pushed back five days, with the original schedule back on track starting in December.

Core CPI, which excludes more volatile food and energy prices, rose by 0.1% month-over-month in September for the second consecutive month. Over the past twelve months Core CPI increased by 1.7%. 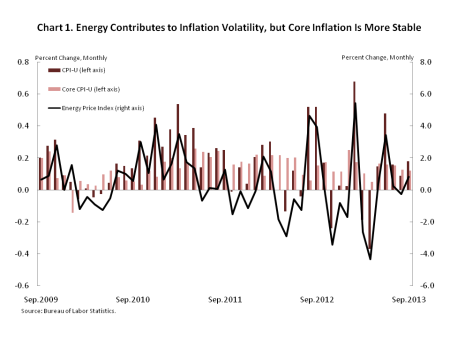 The shelter index rose 0.2% month-over-month in September for the fourth consecutive month.  Over the past twelve months, the shelter index increased 2.4% before seasonal adjustments.

Because shelter costs represent a large share of the average consumer’s expenditure’s, a 0.2% month-over-month increase is worth exploring further. Although the increase in the shelter index partly reflects increases in rental prices, the BLS measure does not isolate the change in rental prices from the changes in the overall price index. NAHB constructs a real rent price index to isolate the change in rental prices. The NAHB constructed measure indicates whether inflation in rents is faster or slower than general inflation and provides some insight into the supply and demand conditions for rental housing, after controlling for overall inflation. 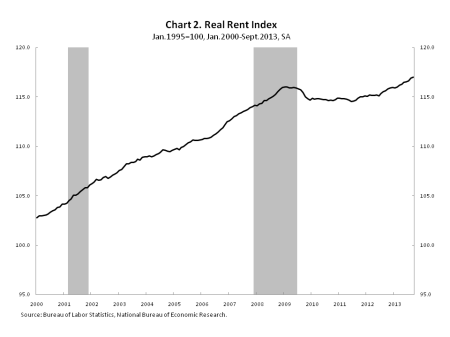