A shortage of buildable lots, especially in the most desirable locations, has emerged as a key factor holding back a more robust housing recovery, according to the latest survey on the topic conducted by NAHB.

Responding to special questions on the survey for the NAHB/Wells Fargo Housing Market Index in August, 59 percent of builders reported that the supply of lots in their markets was low or very low—up from 43 percent in September of last year, and the largest low supply percentage since NAHB began periodically asking builders the question in 1997.  Moreover, this lot shortage has emerged against the backdrop of a housing recovery that is still modest by historical standards.  To this point, housing starts have recovered from a low of 550,000 in 2009 to an annual rate of just under 900,000 (after averaging 1.5 million a year from 1960-2000, without ever plunging below 1 million until 2008). 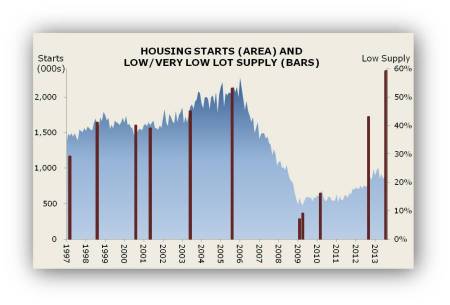 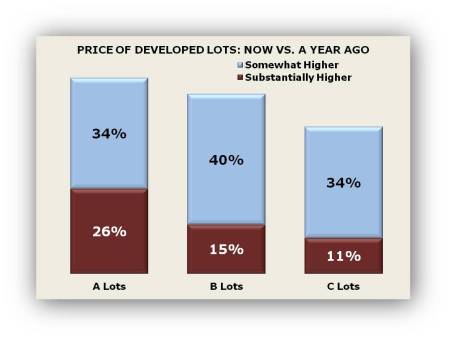 Lot shortages are one of several barriers that have arisen, restraining builders from responding completely to increased demand.  Other barriers include a shortage of labor in carpentry and other key building trades, limited availability of loans even for credit worthy home builders and home buyers; and, more recently, an uptick in interest rates.

The full report on the lot supply survey is available here.