According to the data, the decline in total consumer debt largely reflected a contraction in mortgage debt outstanding. Mortgage debt outstanding, which accounted for 70.3% of aggregate consumer debt in the second quarter of 2013, fell by $306 billion, 3.8%, over the past year. Credit card debt fell by another $4 billion, 0.6%, and other consumer debt, which includes consumer finance loans such as personal loans and retail debt such as department store loans, was lower by $16 billion or 5.1%. These declines were partially offset by continued growth in auto loans and student loans. Over the past year auto loans have expanded by $64 billion, 8.5%, and student loans have grown by $80 billion or 8.8%. 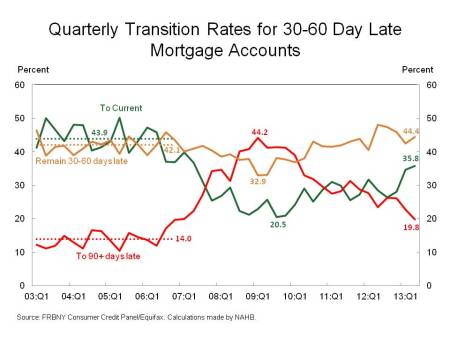 ‹ Fair Market Rents: Large Changes in Many Areas
Living at Home as an Investment ›