Rental Vacancy Down But Homeownership Rate Continues to Slip

Meanwhile, the homeowner vacancy rate at 2.7% was unchanged from fourth quarter 2009 and from a statistical point of view, no different from third quarter’s 2.5%. All of the regions were unchanged on a statistical basis from their year earlier readings.

The seasonally adjusted homeownership rate continued to slide, falling to 66.6% from 67.3% a year earlier, and down from its peak of 69.4% in second quarter 2004. However, the measure was essentially (and statistically) unchanged from third quarter’s 66.7%.

The number of year-round vacant for sale only homes remained constant at 2.1 million units from a year earlier.

This is an early indication that the improving economy and rising employment (though still too slow by most economists’ standards) are having a positive effect on household formations. Implied in the numbers, as indicated above, is that most of the new households appear to have moved into rental units. This is to be expected when the economic circumstances of people forced to double up with others improve and they are able to move out on their own. Eventually, we expect that some renters will feel comfortable enough with their economic situation to purchase a home. These may be people who have had the ability to purchase a home all along but were hesitant to do so given the uncertainty in the economy and their own job prospects. Further, foreclosures are probably putting downward pressure on the number of owner occupied units and adding to the number of occupied rental units. 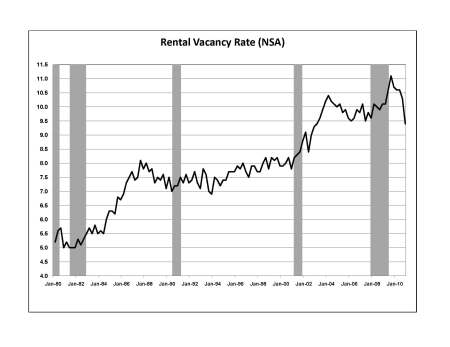 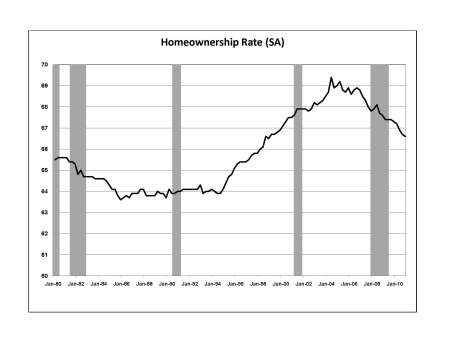